Efficacy of Environmental Regulations to Improve Air Quality in the U.S.

Between 1990 and 2015, the U.S. average concentration of PM2.5 decreased by 37% and O3 decreased by 22% (EPA, 2016).  These decreased concentrations are expected to have brought substantial benefits for public health in the U.S., but assessing the health benefit requires an understanding of where air quality has improved, relative to where people live. We demonstrate the efficacy of environmental regulations by analyzing time trends of pollutants in the eastern US.  We then apply these trends in exposure to pollutants for estimates of health benefits. Specifically, we analyze satellite, ground-based networks, and model concentration trends for ozone (O3), nitrogen dioxide (NO2 – an O3 precursor), particulate matter (PM), and PM precursors, including ammonia (NH3), NO2 and sulfur dioxide (SO2). This work is a product of the NASA HAQAST Year 1 (2017-2018) Tiger Team “Efficacy of Environmental Regulations to Improve Air Quality in the Eastern U.S.” 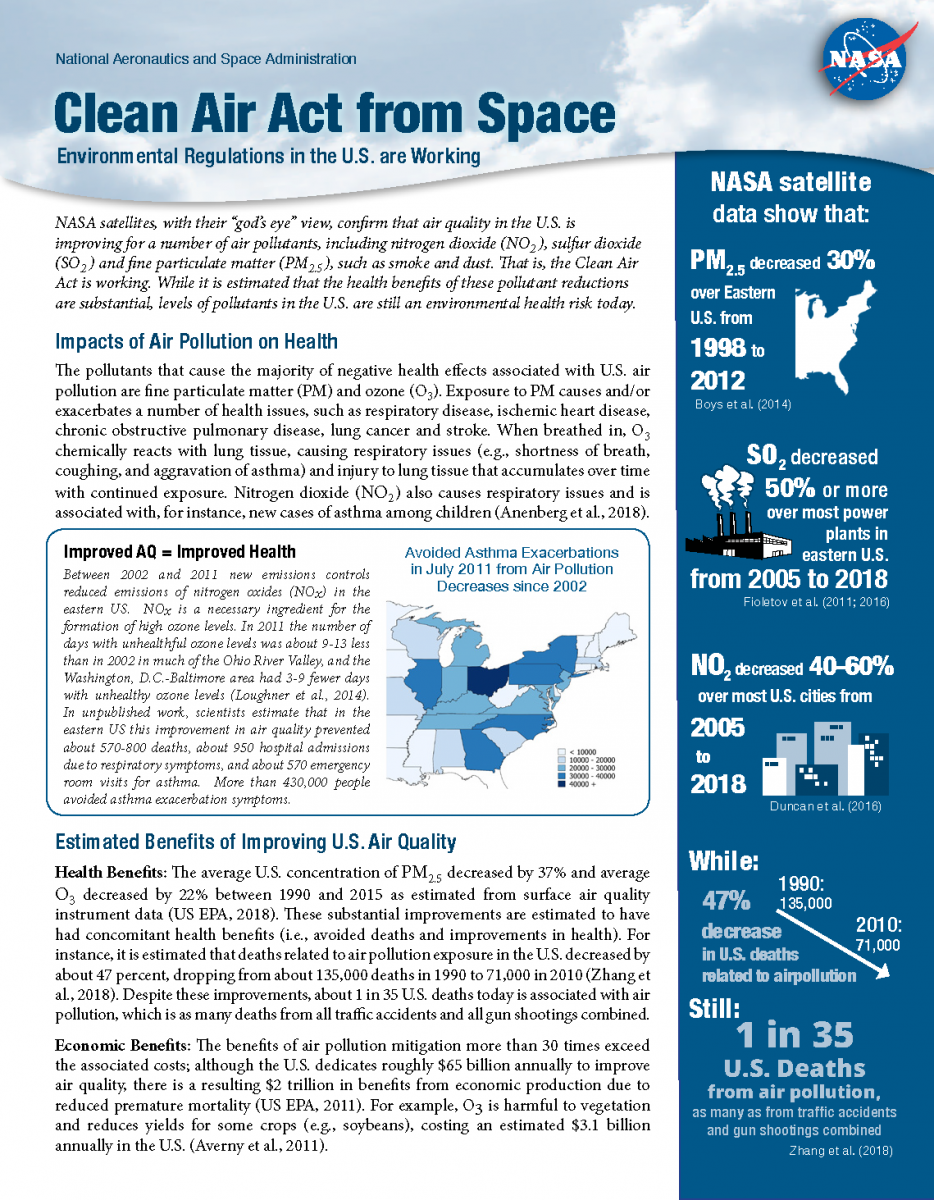 Click on the icon to download or view a fact sheet demonstrating that efforts to improve air quality have worked and have had significant benefits for human health.

*No satellite data were used to estimate these benefits.