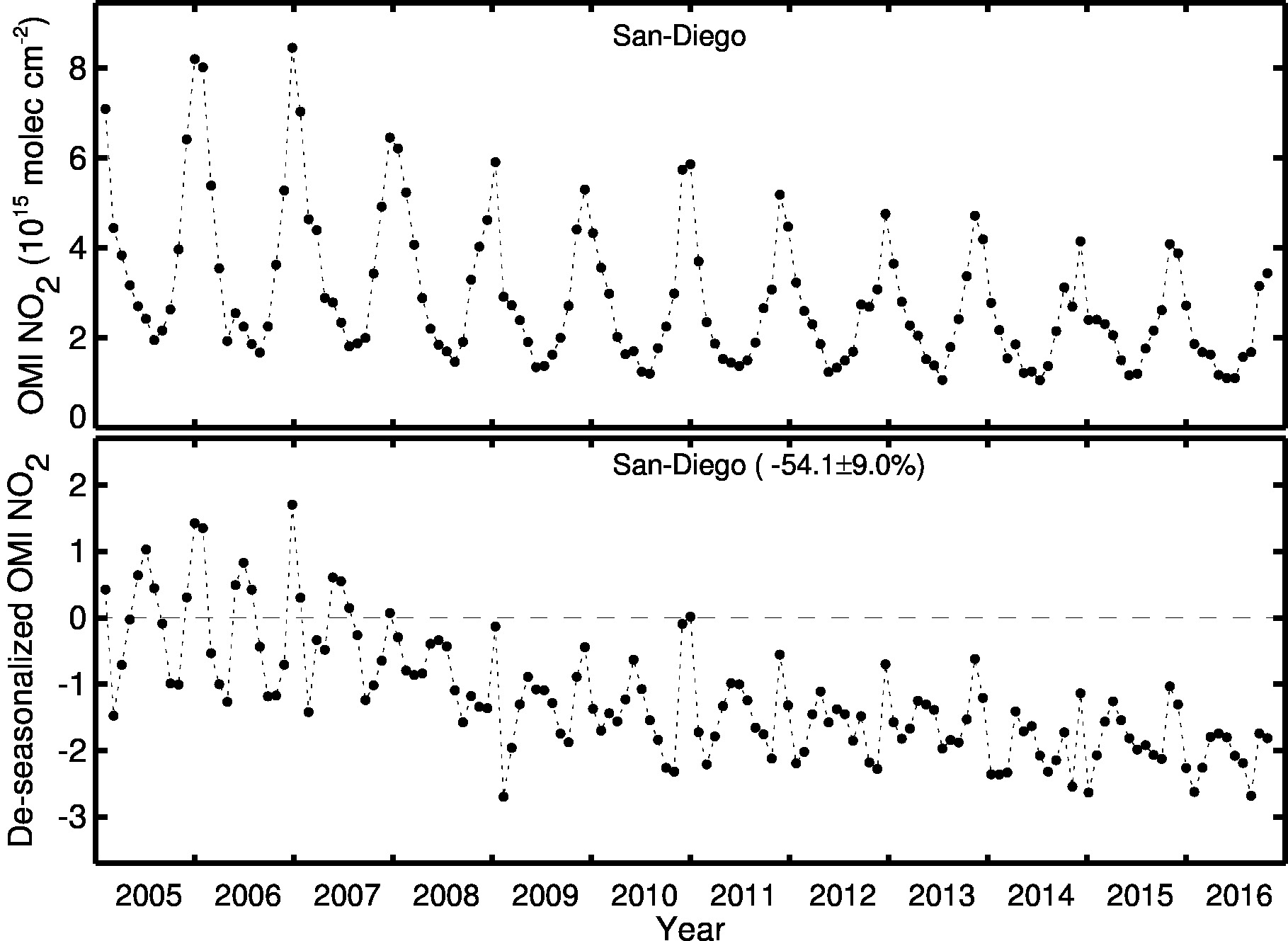 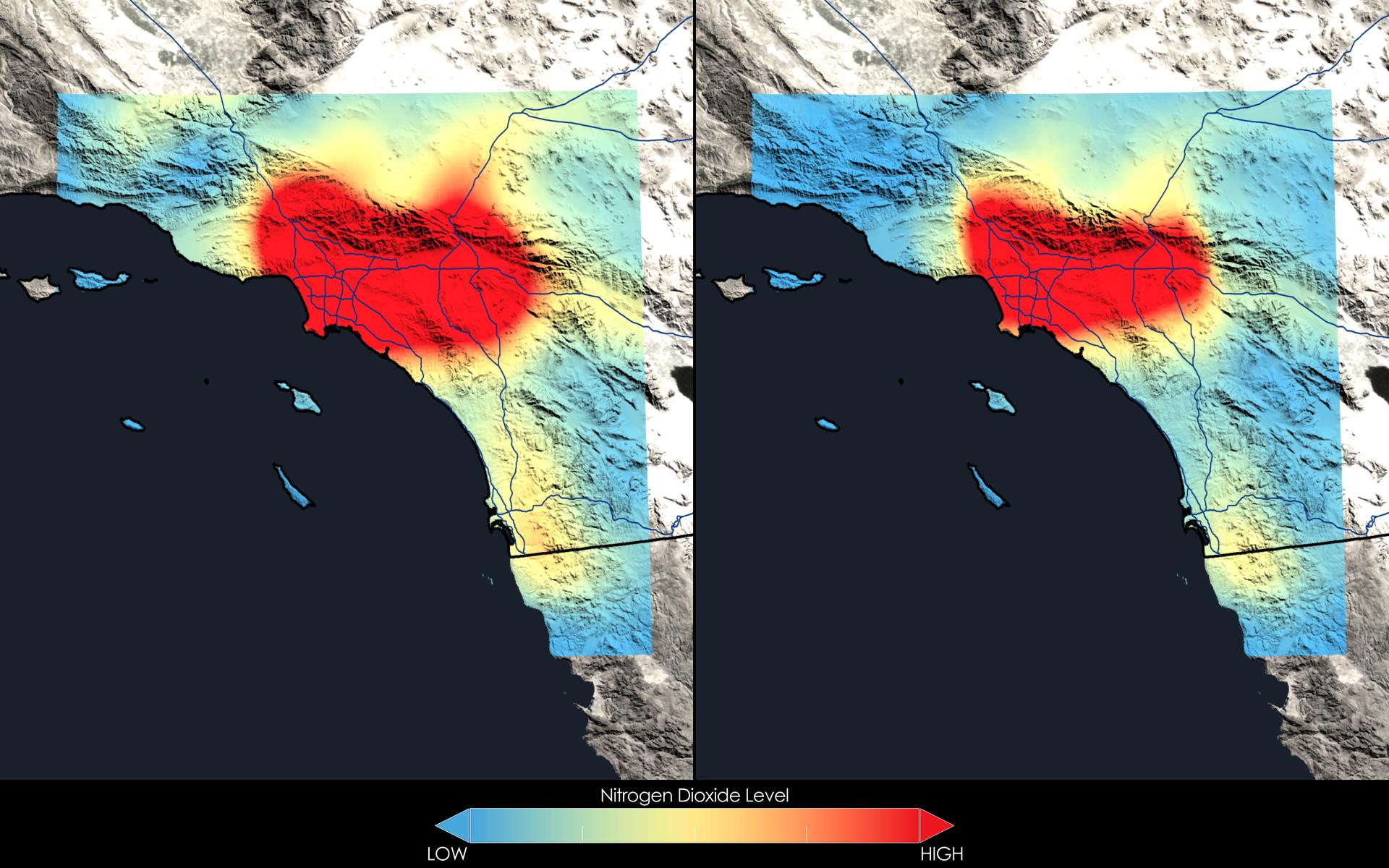 Satellite data show that Los Angeles has seen a 40 percent decrease in nitrogen dioxide between the 2005-2007 and the 2009-2011 periods. Cities in the U.S. West tend to be more geographically isolated than those in the U.S. East, which means that air pollution in one city is usually not a problem for cities downwind. However, western topography comes with its own issues. Bound by mountains, the Los Angeles basin forms a trap for pollution. Even so, factors including technology improvements have led to cleaner air. 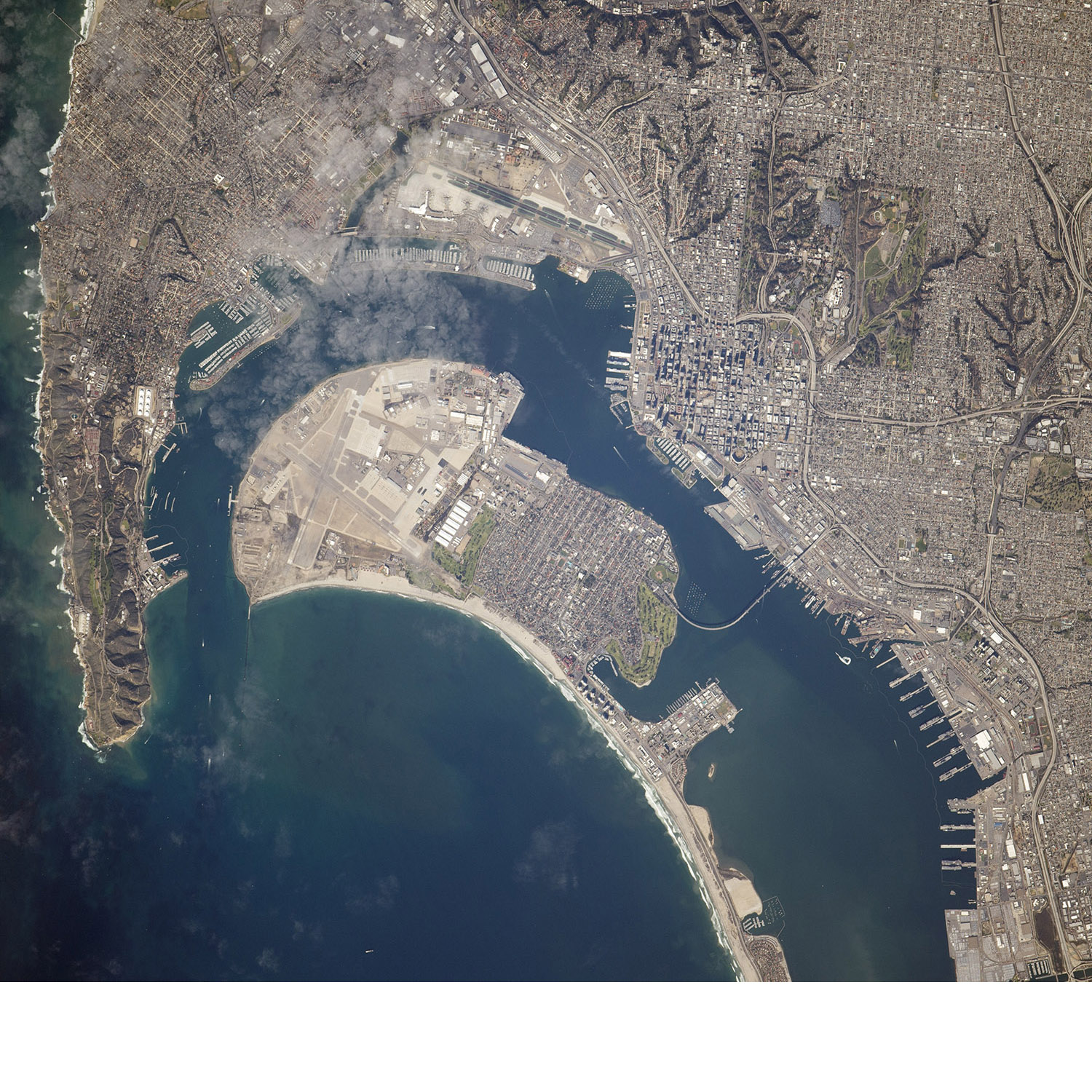