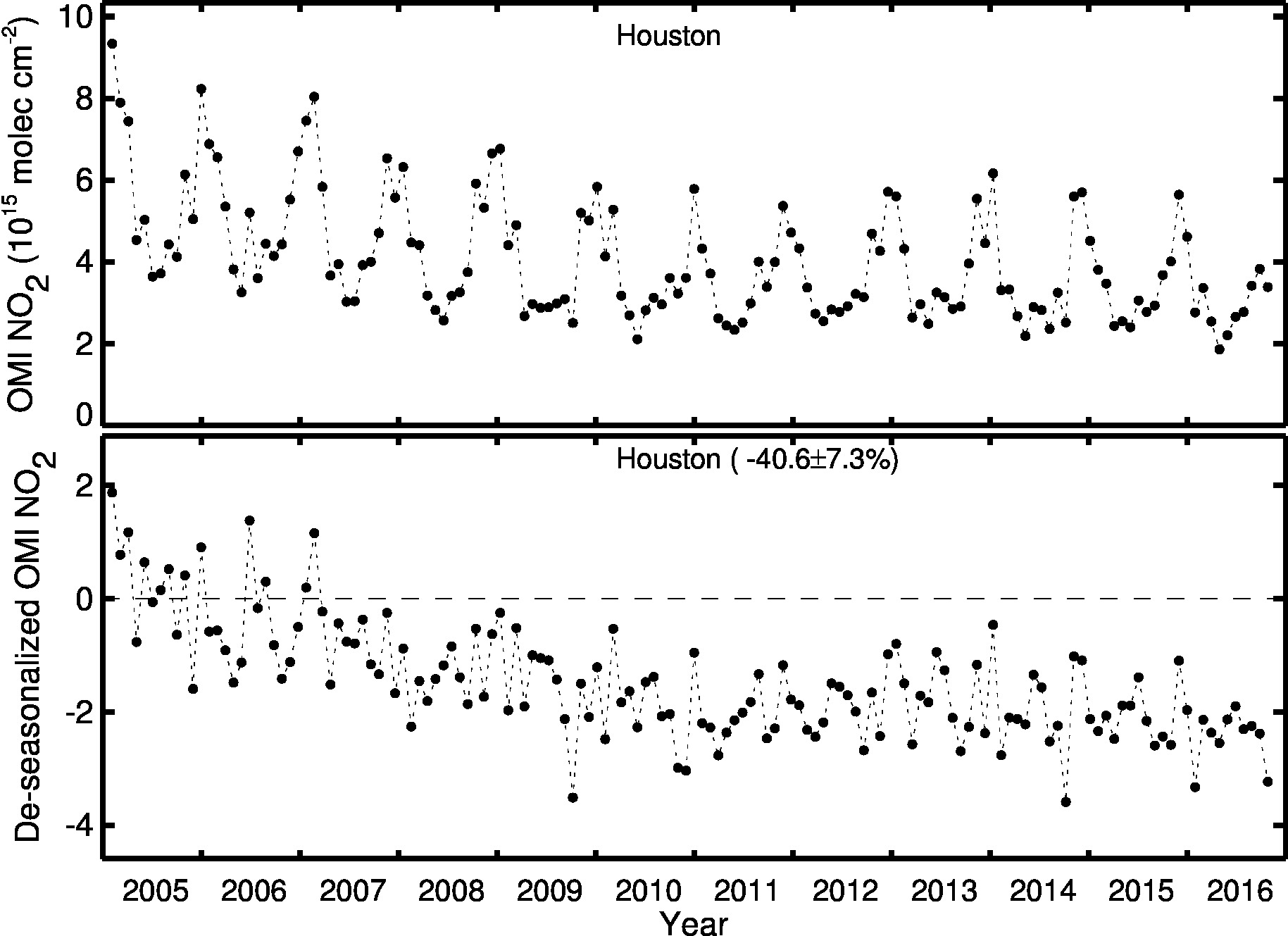 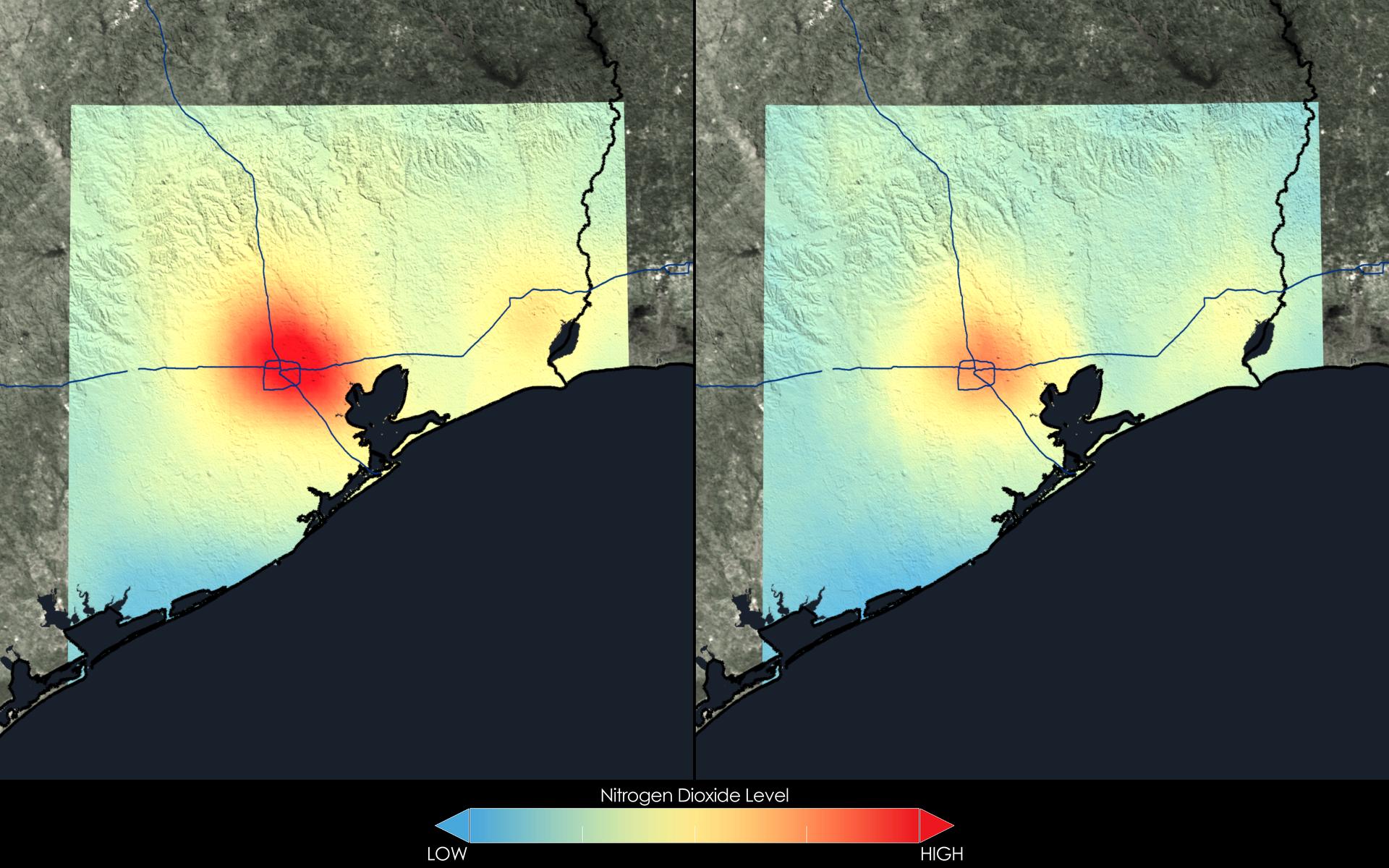 Satellite data show that Houston has seen a 24 percent decrease in nitrogen dioxide between the 2005-2007 and 2009-2011 periods. In Houston, industry largely influences nitrogen dioxide pollution, centered in this image northeast of Beltway 8. Still, air quality in this region is also on the mend. In addition to satellites, NASA also used scientific instruments on aircraft in 2013 to learn about Houston's air quality as part of the DISCOVER-AQ mission. 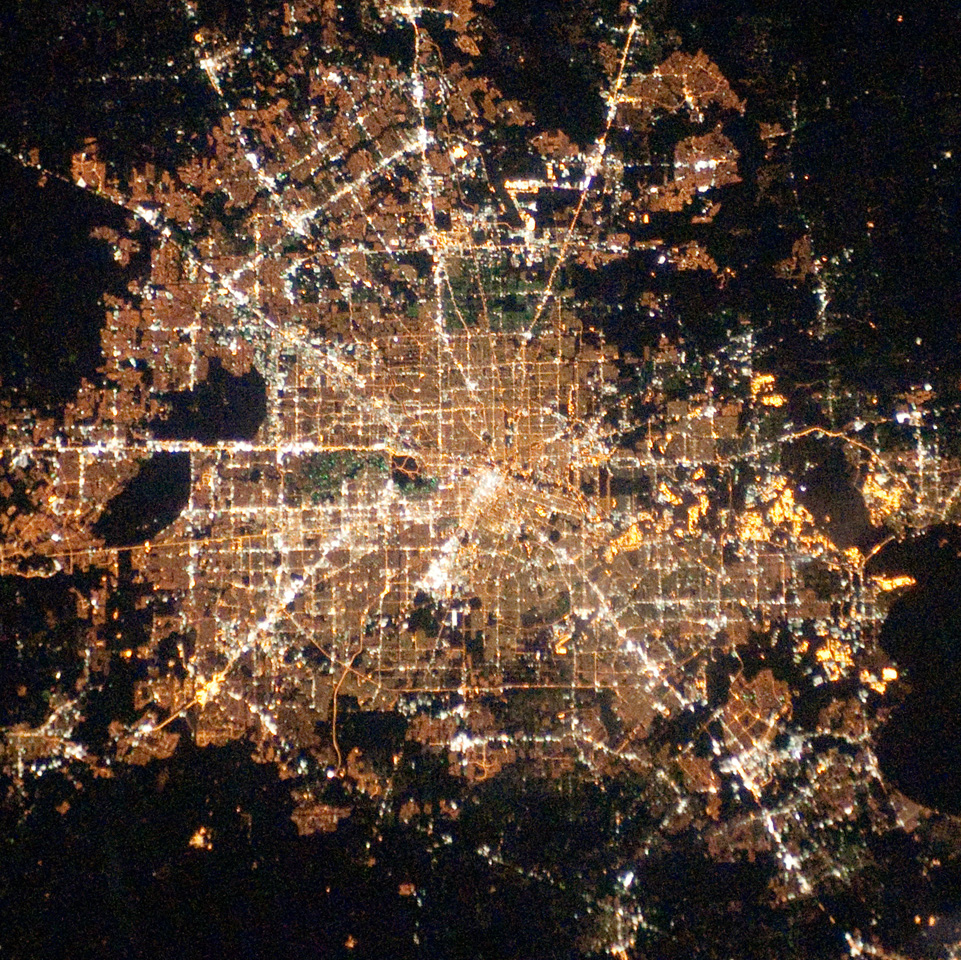