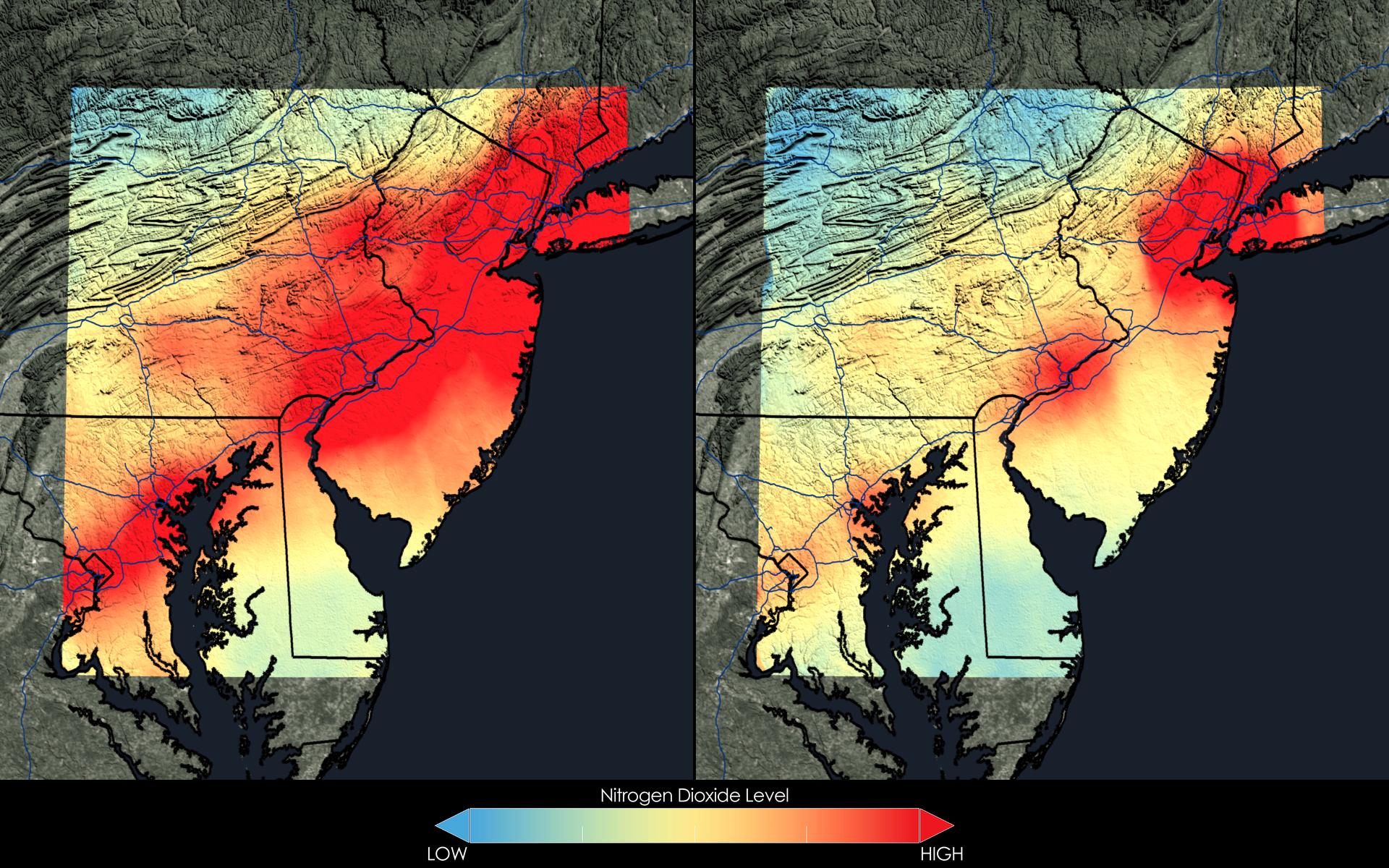 Satellite data show that New York City has seen a 32 percent decrease in nitrogen dioxide between the 2005-2007 (left) and 2009-2011 (right) periods. The city tops the charts in terms of U.S. population, which usually means more air pollution. Even here, however, the air is on the mend. 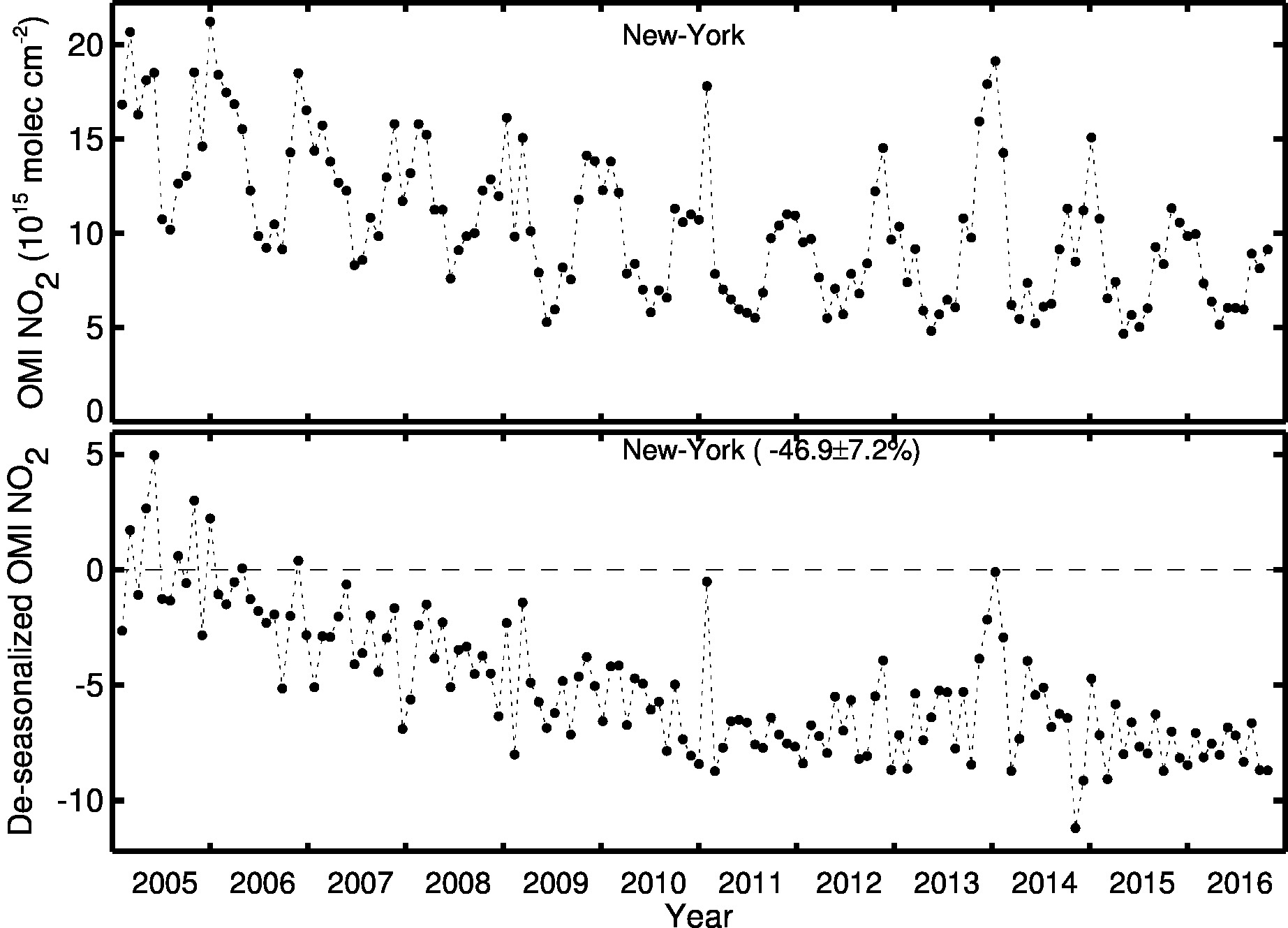 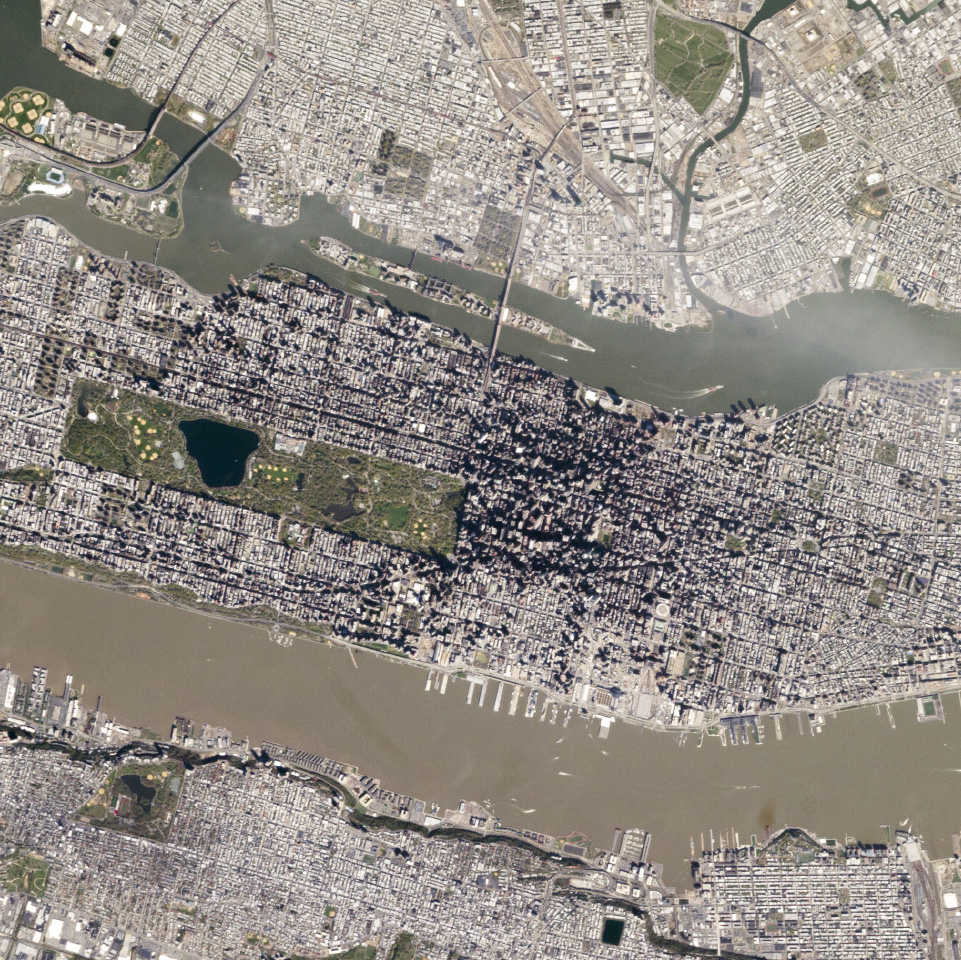